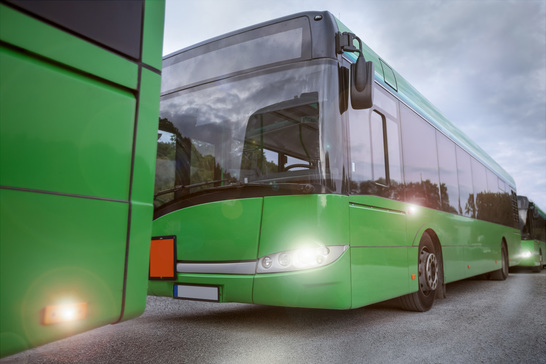 ​Ocean City has only a single major north–south thoroughfare, Maryland Route 528, known as the Coastal Highway for most of its length, and as Philadelphia Avenue at its southern end. MD 528 continues north into Delaware as Delaware Route 1. Most east-west streets are numbered, starting at N. Division Street in the south, and continue until 146th street at the Delaware/Maryland border. Locations in the city are usually given as Oceanside (east of Coastal Highway) or Bayside (west of Coastal Highway).

Three bridges connect the spit to the mainland. U.S. Route 50 crosses the Harry W. Kelly Memorial Bridge and connects to MD 528 at Division Street. Maryland Route 90, a two-lane freeway, crosses the Assawoman Bay Bridge and connects to MD 528 at 62nd Street. Delaware Route 54 can also be used to reach Ocean City, as it meets Coastal Highway just north of the border. Ocean City is the eastern terminus of U.S. Route 50. Near Sacramento, California along U.S. 50 is a mileage sign whimsically stating the distance to Ocean City, MD (3,073 miles.)

Ocean City also has a public transportation system referred to as the "Beach Bus". The bus runs along pretty much the entire length of the city 24 hours a day, 7 days a week, year round. It travels on Coastal Highway between 15th Street and the 144th Street transit center. South of 15th Street, the bus runs on Philadelphia Ave. heading south to the S. Division Street transit center and on Baltimore Ave. heading north through the Downtown area. There is also a park-and-ride service known as the West Ocean City Park and Ride. Patrons can park their cars at the Park and Ride's lot in West Ocean City off U.S. Route 50 and take a separate bus into the city to connect with the Coastal Highway Beach Bus. This service also serves the Tanger Outlets in West Ocean City. During the summer season, the city hires additional operators for the highest periods of ridership. These seasonal bus drivers are frequently retirees from other transit authorities as well as school bus drivers across the state of Maryland who are off during the summer season while schools are not in session.
​
Ocean City's transit service connects with Shore Transit where patrons can travel to or from destinations on the Eastern Shore such as Salisbury and Pocomoke. This connection point is the West Ocean City Park and Ride in the summer and the S. Division Street transit center in the off season. Between Mid-May and Mid-September, DART Resort Transit also connects Ocean City transit at the 144th Street transit center with the resort towns of Delaware which connects with regular DART service or shuttle service from the Cape May-Lewes Ferry to Cape May, New Jersey.

The Ocean City Transits fleet consists mainly of Thomas built buses. The CL960 model and the TL960 model both in 40-foot (12 m) lengths. They do run Eldorado National XHF buses in a 35-foot (11 m) length which run on Coastal Highway in the off season and the West Ocean City Park and Ride in the summer season. Ocean City did purchase a new order of at least 8 Blue Bird Xcel 102s in a 40-foot (12 m) length recently. They were purchased to replace the oldest set of Thomas built buses on the Ocean City fleet, which were also numbered as 270s. In past years, Ocean City received somewhere about 10-17 Articulated buses that are being retired by MTA Maryland which were built by North American Bus Industries in 1995-96. The buses were frequently borrowed every summer to maintain the increase in ridership and crowding of their current 40-foot vehicles.

Ocean City also maintains a fleet of open-air shuttles which run along the Boardwalk called the Boardwalk Tram. The trams run the entire length of the boardwalk from S. Division Street to 27th Street between Memorial Day and Labor Day Weekends, and also during special event weekends such as Springfest or Sunfest. South of 5th Street, the tram has a separate concrete path it runs on parallel to the boardwalk. North of this, a marked lane down the middle of the boardwalk warns pedestrians of the shuttle. Passengers board and alight at any point along the route by notifying the driver.
Referenceshttp://creativecommons.org/licenses/by-sa/3.0/